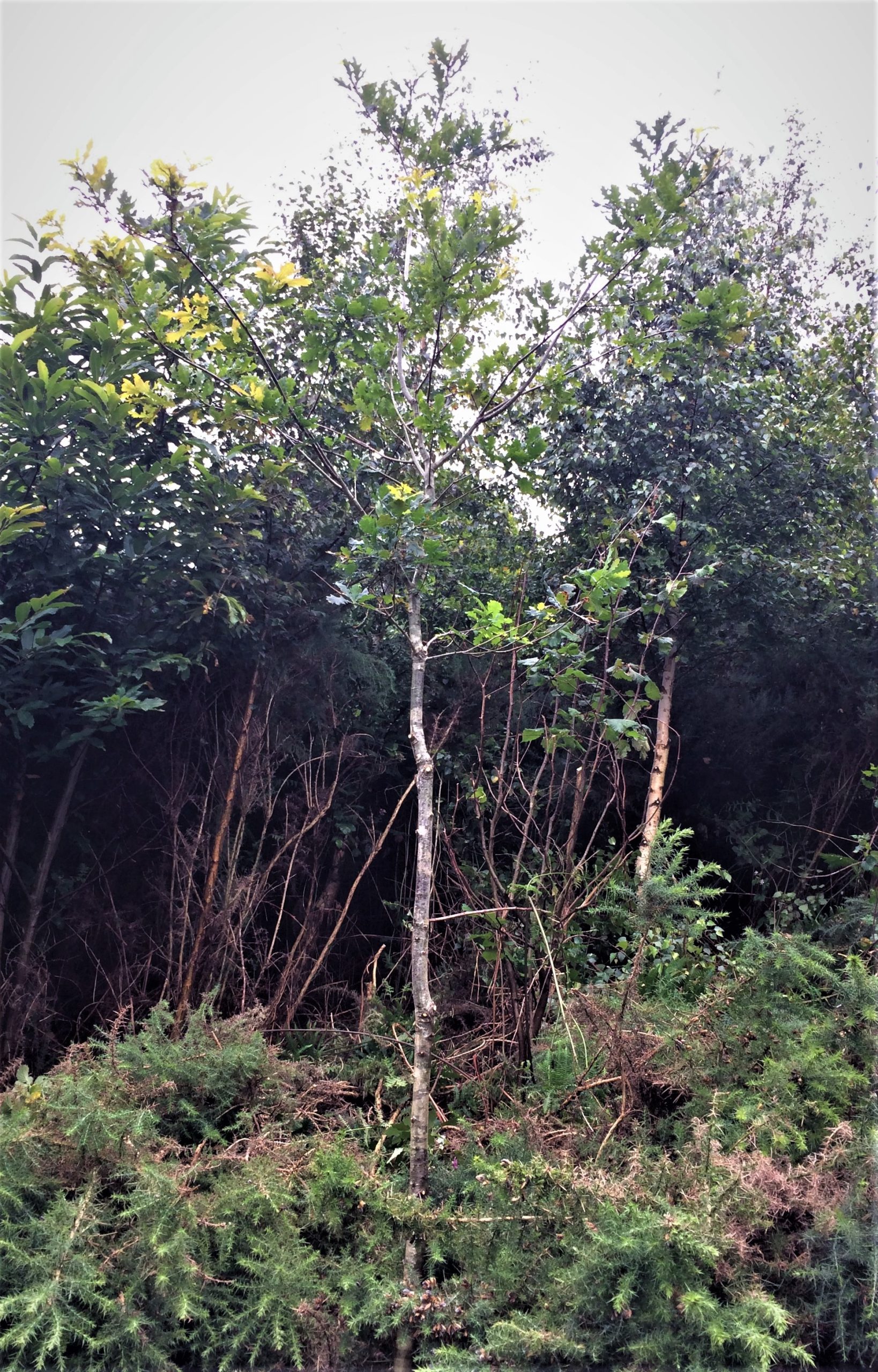 These trees are into their 7th growing season and are competing well with the gorse. We first cut the gorse in 2014 before planting (and had a tremendous crop of firewood out of the job). At this point it was about 15ft tall and you could easily walk beneath it! It was the cows’ favourite hangout in wintery weather.

Of course, after we planted our trees, the gorse grew back vigorously from the stumps. We cut the gorse around the trees again in 2016, removed their plastic shelters and did a bit of formative pruning. By now we were getting to know this spikey haven quite well.

The gorse has grown back yet again and makes a fabulous show of colour in April, but the trees come first. Many already have their heads above the gorse but some are losing the fight and all can benefit from another quick prune.

The oak pictured has its head in the sun again. The dark gorse behind it is waiting to be cleared. This should be the last gorse-bash to allow the trees to become established, and as we expect to thin the woodland regularly, some gorse should persist in the understorey.