No time for hanging about…there’s a gate to be hung! 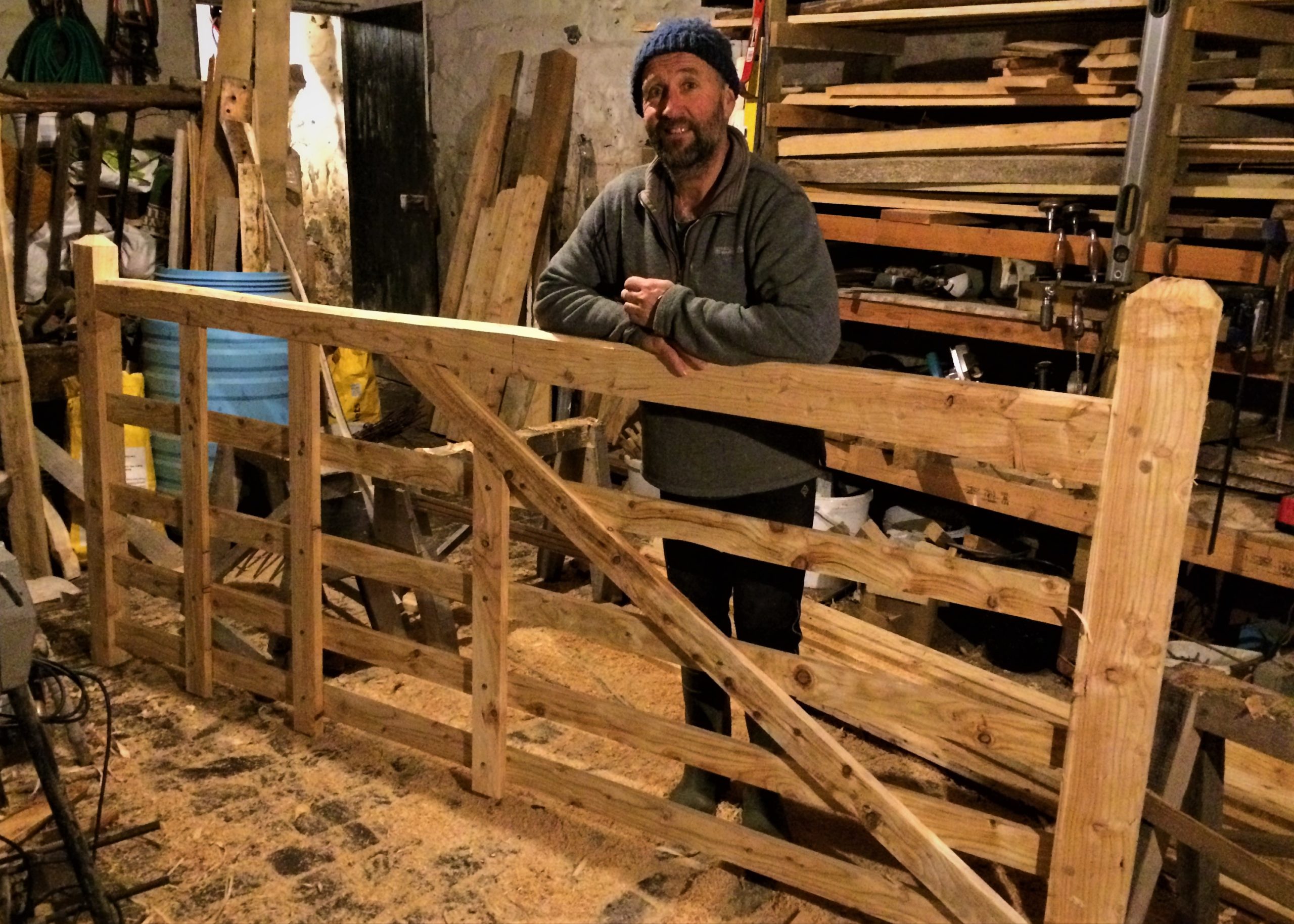 David has been making his own gates for Bron Haul farm for about 25 years. But the satisfaction is all the greater now he is using his own 22-year-old larch.

Larch was planted amongst broadleaf in a couple of areas of the woodland, intended as an early crop of timber for fencing and building. In reality, it has tended to out-compete the broadleaf, and thinning operations trying to favour the native species have been more effective at speeding up the growth of the larch. Fortunately, we high-pruned a lot of the larch about ten years ago, and it is making increasingly useful timber.

We have been using the larch for fencing (straining posts and struts) for a few years already, but now the butt sections are getting too large (diameter at breast height up to 40cm). It’s time to start planking.

We are lucky to have a small sawmill up the road, but for one-off projects, a loan of a chainsaw planker and investment in a 4” hand-held circular saw has let us process larch onsite into gate-kits. A fourteen foot log neatly produces a set of ten foot rails and a pair of four foot end-posts.

These days, a chainsaw morticer has replaced the brace and bit, noisily making short work of morticing the posts, but then the timber is sawn and planed by hand. He has made gates from 3′ to 12′.

Interested in commissioning a Welsh grown gate? We’d be happy to hear from you. 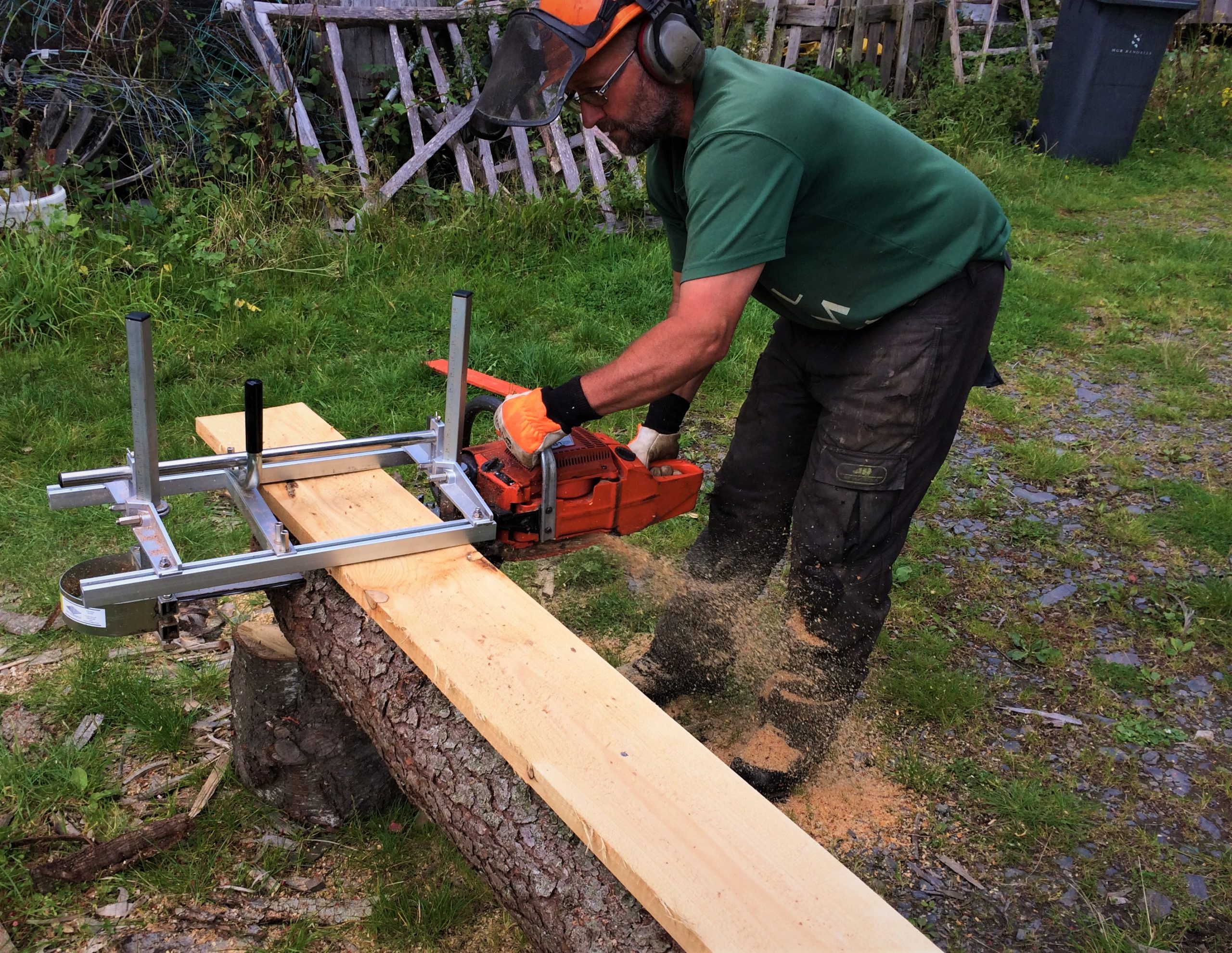