25 years looking for a Plank

I had spent the last 25 years looking for a plank. A friend had once cut around a plank of ash the outline of a canoe paddle. It sat against his yard wall for years. I never found out if he ever finished it. I could clearly imagine it, taking a 3-dimensional shape and its curves moving through the water. 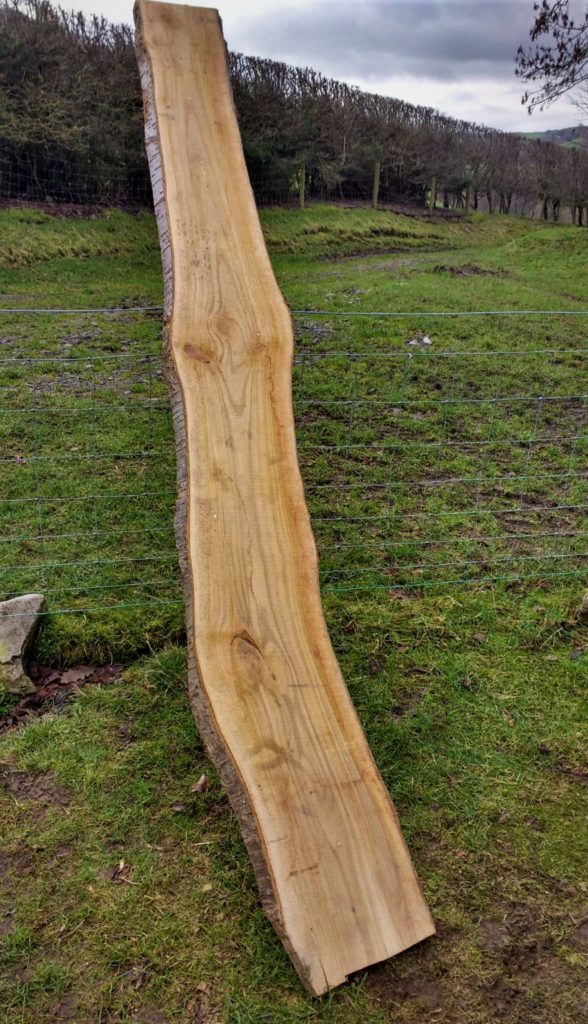 I could, I suppose, of gone and bought a suitable plank from a wood yard. Perhaps it’s worth mentioning I have spent those 25 years paddling a canoe with a rough plastic, heavy paddle. My skills and knowledge in woodcraft don’t come near matching my interest. 30 years ago, hitch hiking in Quebec, a French speaking guy in a truck gave me a lift. It turned out he lived on a boat he was re-furbing near the Gulf of St. Lawrence (the Gospé?). I could just about gather, French skills being even lower on the list, that he had just been to a nearby woodland to cut the tree to make a mast for his boat. This caught hold of the imagination, having spent the summer working and living in woodland on a children’s summer camp. It awoke an interest that still holds me, one that went deeper than from making a wooden pencil case at school. 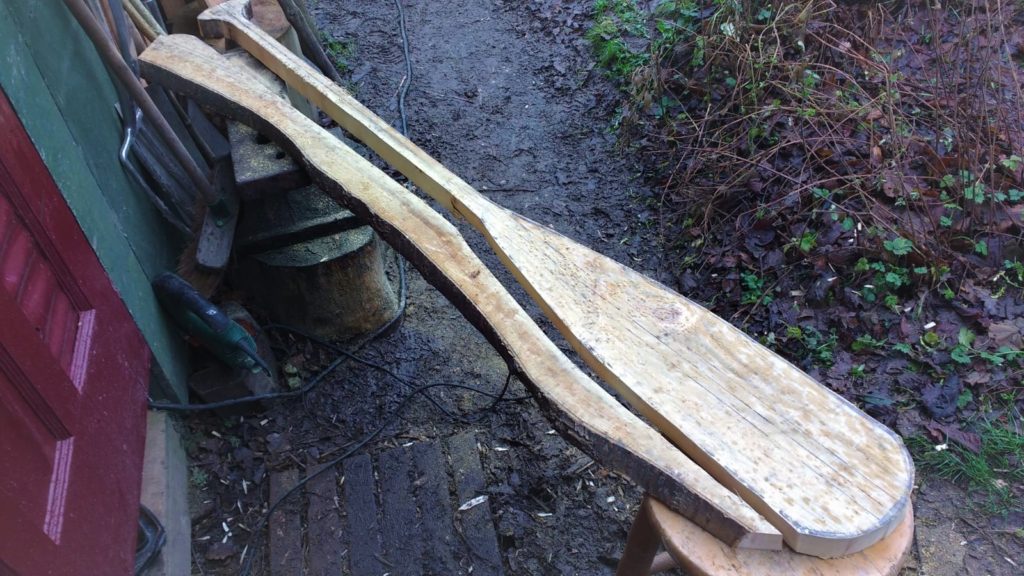 Finding the paddle in the board

Much later, I went on a woodland gathering in Lancashire and made a wooden spoon. I didn’t really want to make one, having taken 4 wooden spoons that I had accumulated to a charity shop the previous week. I loved my first proper taste of splitting, side axing, draw knifing and whittling. Why had it taken so long to discover this possibility?? A daughter and more yurts followed. Along the way I got into making some Ghanaian style xylophones – another story I guess.

Anyway, paths led to Ruth and David’s and a stack of cherry planks was waiting there. These had been cut and planked from the woodland they had planted from seed about 25 years ago, about the same time I had been sticking my thumb out in North America. I decided, (seeing as despite the many hints, I hadn’t been given a paddle for the 50th birthday), to finally have a go at making a paddle from cherry.

Lots of YouTube hours later I decided to have a bash at a Beavertail Paddle. The plan was to have a go at cutting it out with a jigsaw and working it with a plane and drawknife. (Mainly because of the image of my friends paddle he had cut out). 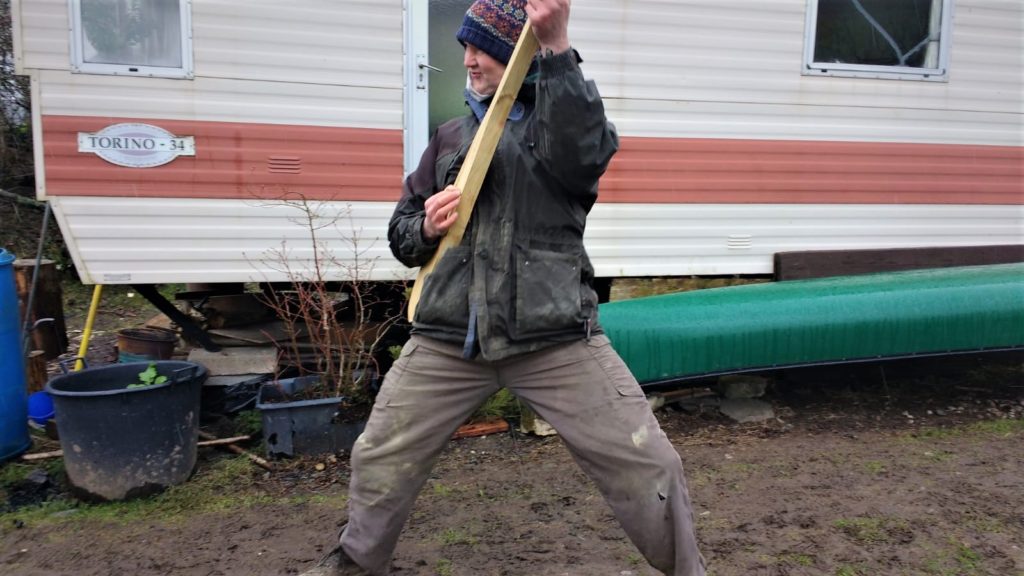 Unrealised ambition for making a guitar?

The first obstacle was I didn’t have a template (it was lockdown). It ended up being more or less a freehand sketch on the plank, which took much re-drawing. More YouTube to find out how to sharpen my dad’s old Stanley plane. Still, it was (or I was) having trouble. I succumbed to the electric plane and followed up with a belt sander. This worked but took a lot of the joy out of the process. Though I felt I was ‘Getting Somewhere’, in honesty I was also feeling the beginnings of tennis elbow. The power tools aren’t balanced in the hand like hand tools and this didn’t help. So, the paddle curves finally took shape. Multi-directional curves and balance points, never before considered.

Now I guess I am looking for another plank, or perhaps a log? To make another paddle without my power tools at all. More skills are needed.

I am very happy with this paddle. It is light and there is a flex in it and a spring in the stroke. Too much in fact, I made the shaft too thin (for rapids). It’s fine on flat water. A notion of making a canoe has come across me. I have let it come and go though. I think, for now, I am ready to make another wooden spoon. It’s time to put the pen down in my old wooden pencil box and go and have a walk in the woods.